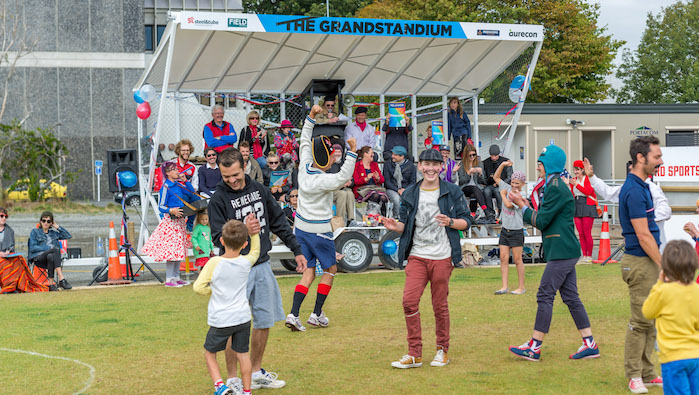 A green space that comes with a range of simple sports equipment for spontaneous, accessible fun. Swing ball, boules, sacks, frisbees and more.

Retro Sports Facility is pretty simple – green space with a range of simple sports equipment available for public use any time. Swing ball, lawn bowls, frisbee, sacks for sack races, balls and rope were made available each day.

The name and intention of this project was rooted in the politics and the everyday experience of living in Christchurch. The name – The Retro Sports Facility – refers to the CCDU/CERA Anchor project for the rebuilt city, the Metro Sports Facility, which was to be constructed in the next few years. Cantabrians are passionate about sport; it brings communities together. But in Christchurch at present, sport is a political issue. There are debates around the CCDU’s proposed covered-stadium and the loss or closure of facilities such as QEII, Centennial Pool and suburban pools.

The RSF hosted a range of events and sports during its life and still gets used today for play, relaxing and dog exercising.

The key to the project was seed activation (like many of our projects). We would put out equipment near the thoroughfare of The Commons site each day for people to happen across. We found thse simple enticements were far more likely to lead to people using the equipment than if it were just left in a big equipment box.

We sought ideas for sports of a ‘retro’ persuasion that could be played at the RSF. They could be from people’s childhood or from long ago. Ideas that we had suggested included jousting, sack races, Old Boys Netball, swing ball and tag. The first Summer season at the RSF was busy with the International French Cricket World Cup, Physical Fridays and The Commons v The World Frisbee Challenge.  We also enjoyed seeing the space come to life by having some sporting equipment available each day for public use. Simple enticements like this can go a long way towards activating a space as there are few barriers to use if the equipment is already laid out for passers-by to make use of. 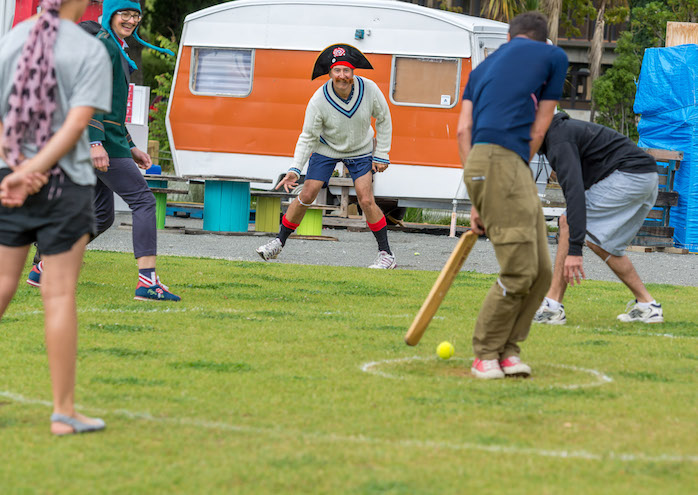 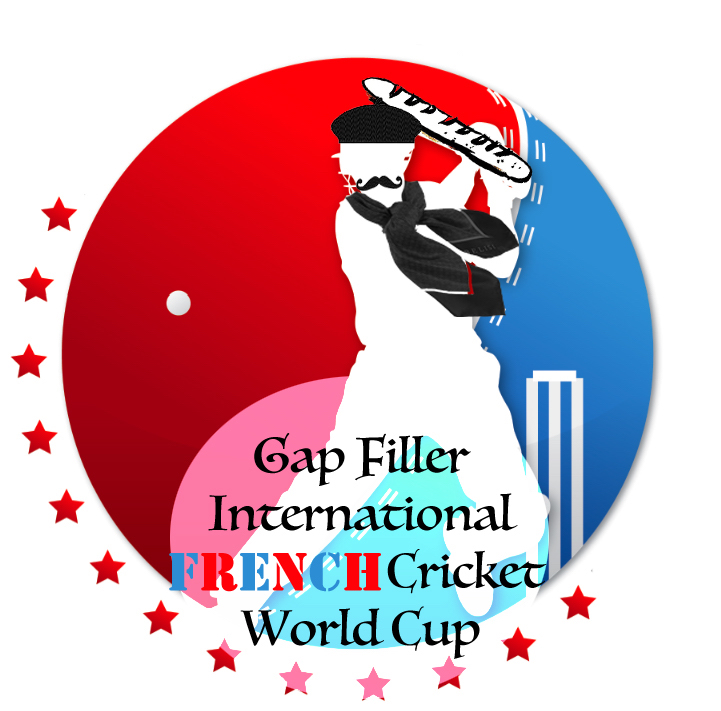 ” I’m not a sporty person and often find sports intimidating. But the French Cricket World Cup was awesome. It was hilarious and I loved participating!“

In 2013, the Minister for Earthquake Recovery publicly stated that Canterbury could become the sporting capital of New Zealand in reference to rowing and cricketing facilities being proposed for the city. In 2012, CERA was responsible for the incredible feat of constructing an 18,000-seat temporary stadium in just 100 days. This stadium, located in the suburb of Addington, was to provide a home for the Crusaders rugby team primarily as well as for other sporting events such as soccer. This feat was made possible by the extraordinary emergency powers in the CER Act.

Lack of sport in Christchurch is an emergency it would seem.

Meanwhile, the Christchurch Art Gallery closed on February 22, 2011 and was not open again until 2015. No temporary facility was been created for the gallery, which enterprisingly made do with a range of short-term venues in buildings and new innovative structures (like Art Box). In a city where art and sport are often seen as oppositional, the Retro Sports Facility tried to make sport more creative and art more athletic. This project takes inspiration from David Cross’ POWERSLIDE project as part of the SCAPE Biennial in 2013.

The RSF occupies the space on The Commons where the Pallet Pavilion once stood. 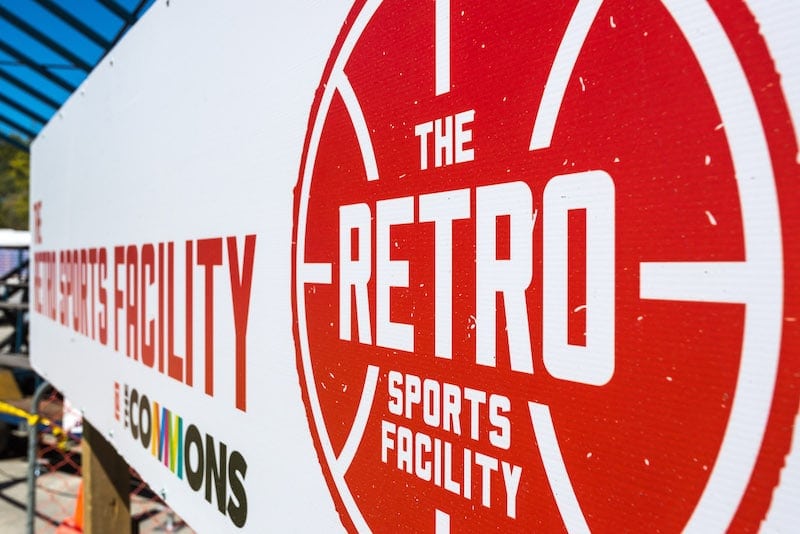