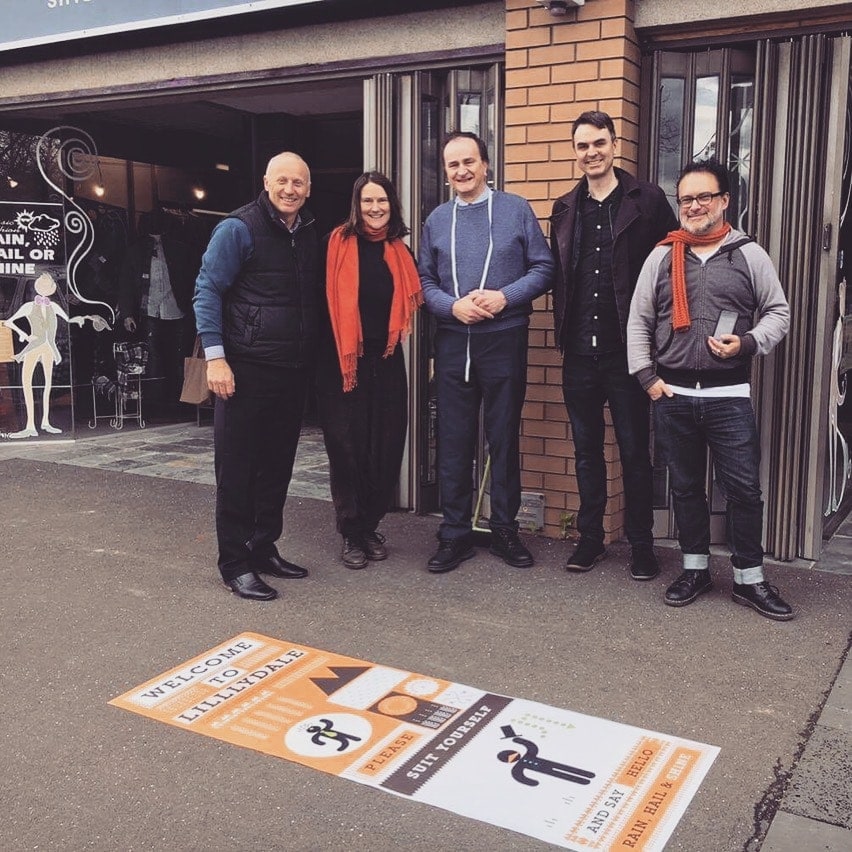 In 2017, Gap Filler was engaged to develop a process and mentor local artists to deliver a placemaking arts project in Yarra Ranges, Victoria. We ended up taking four trips over five months to the town of Lilydale (one L) in the Shire of Lillydale (two Ls) and helping to develop a two-month long project called Welcome to Lilllydale (three Ls).

The Victorian state arts entity, Creative Victoria, created a ‘Creative Suburbs’ fund for Victorian Councils to run community arts projects all over the state. The Yarra Ranges Council approached Gap Filler to be the lead developer of such a project in Lilydale! Three incredible local artists – Kate Baker, Matthew Riley and Troy Innocent – were selected by the Council, and we were humbly in the position to coordinate these disparate career artists (a photographer, digital artist, and game designer, broadly) to devise and deliver an arts project that ticks a few community engagement and development boxes for the area council.

We developed a great process that included site and area mapping, stakeholder mapping and engagement, historical research, interviews with local business owners, and much more. We ended up producing a three-part framework as a way that loads of people, groups and businesses in Lilydale could get involved in ‘our’ arts project.

We created the (fictional) Lilllydale Alternative Welcoming Society, including a website (www.laws.how) and App. First we created an Alternative Welcome Space outside the train station (marked by a giant ‘Welcome To Lilllydale’ hot air balloon), and paid a small amount for local groups to do morning welcomings near the train station in the town centre at peak commuter times (think: local florists giving away flowers, local school choirs performing, a judo demonstration, giant chicken and more!).

Second, we produced large vinyl artworks that were installed on the footpath up and down Main St and a few side streets in Lilydale. The artworks included a complete typology and iconography that referenced important aspects and people of Lilydale past and present. Some of the vinyl works also included drawings, photos and text contributions from Lilydale residents, schools, etc.

Third, we worked with VicRoads to put a series of three ‘Welcome to Lilllydale’ signs along the Maroondah Highway (major state highway) at the entrance to Lilydale, as a way of reaching some of the four million cars that drive through Lilydale each year without stopping.

Yarra Ranges Council entered the project with the very ambitious goal to engage 30% of the residents of Lilydale through this arts project. At the end of the auditing process, they reckon that we easily exceeded this target, and generated a lot of community debate that the council has subsequently been leveraging to get community input on upcoming major infrastructure projects and community facilities. 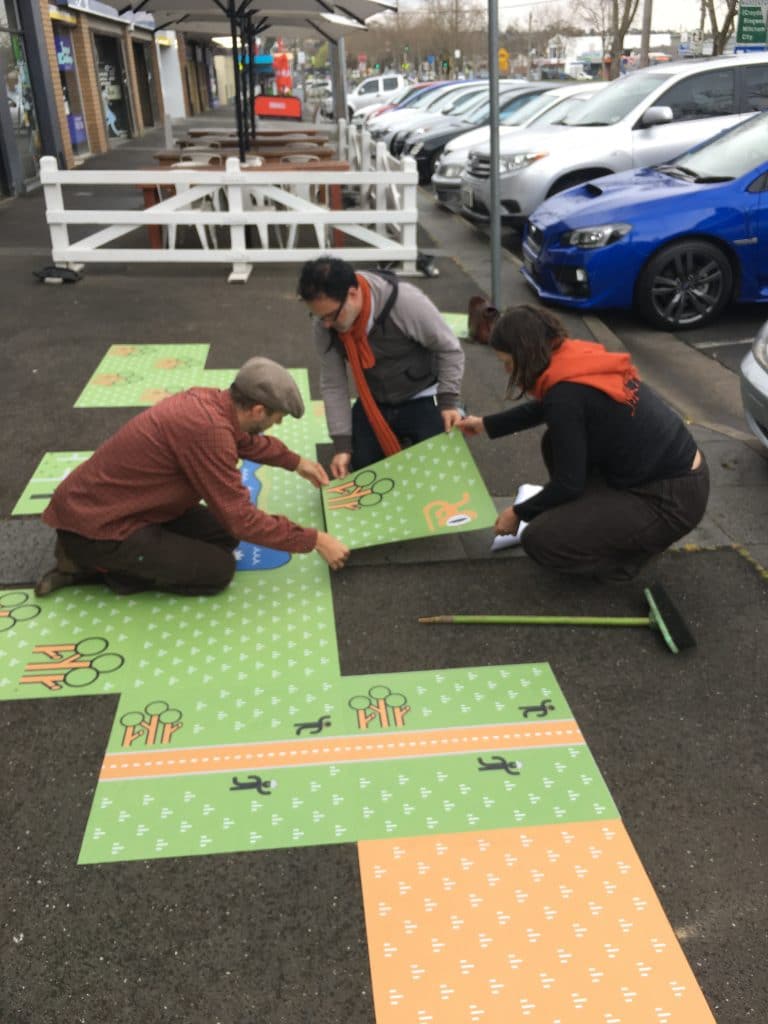 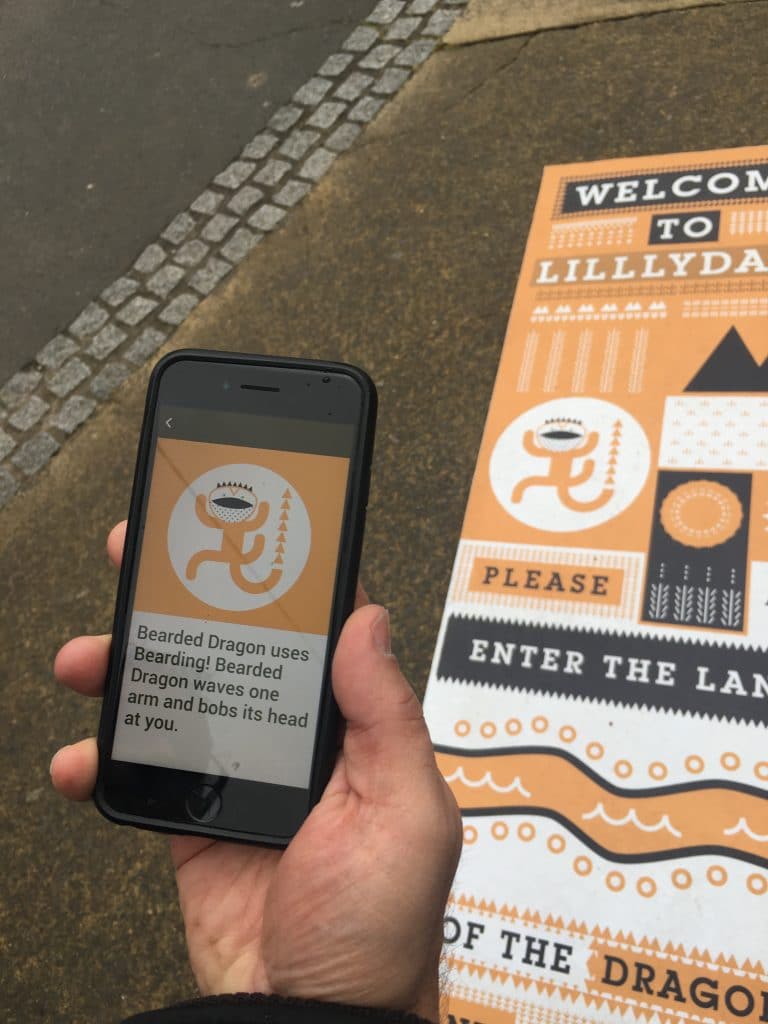 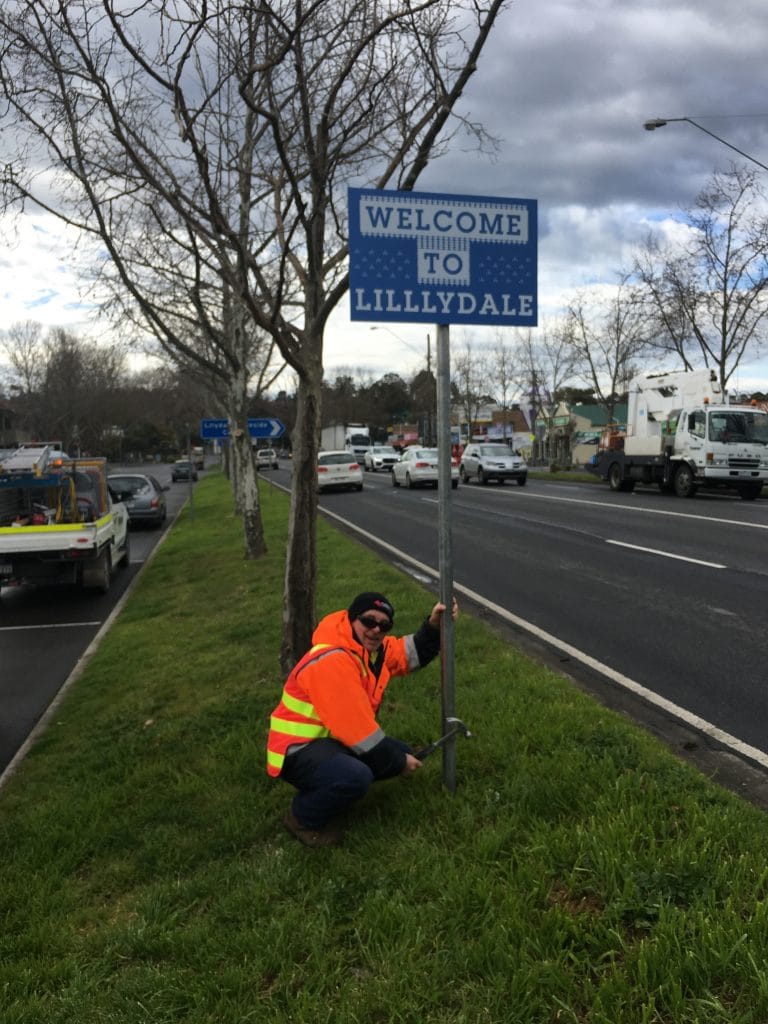 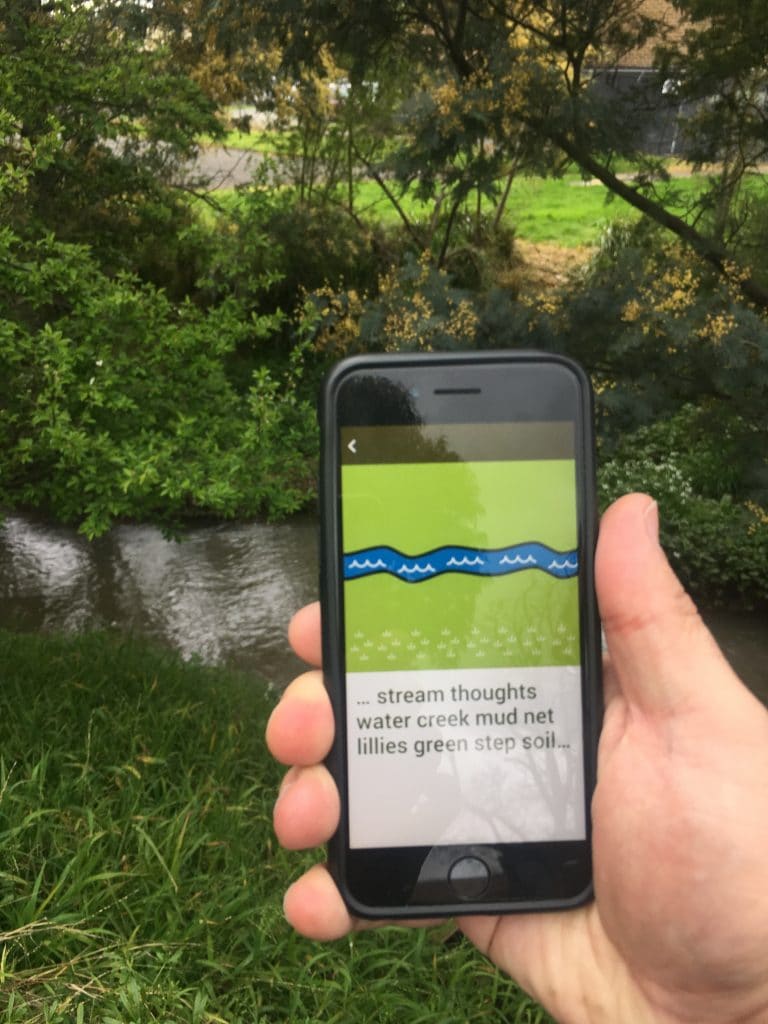 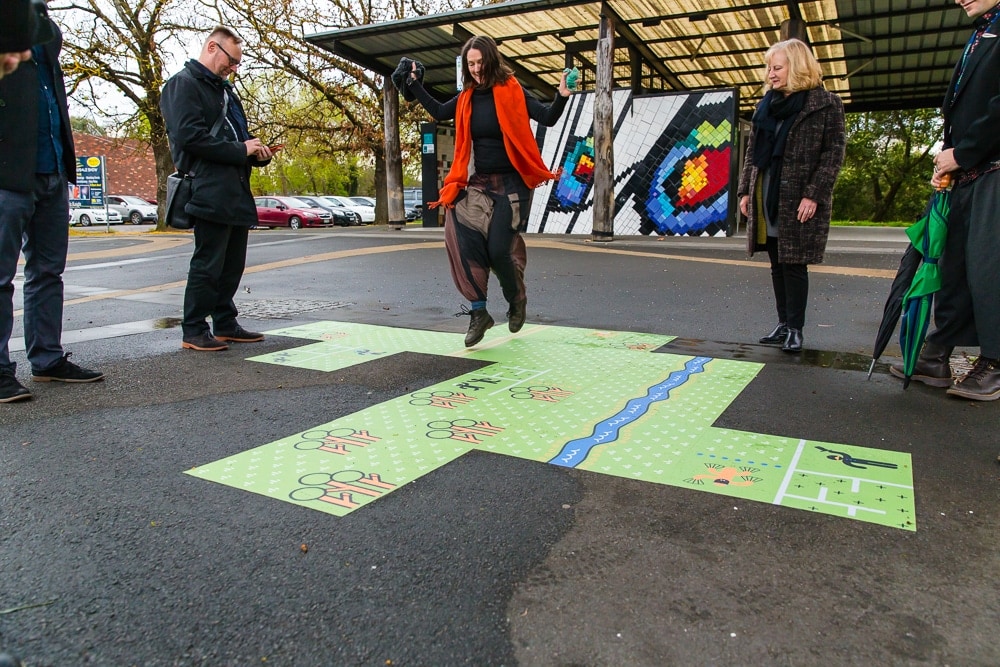