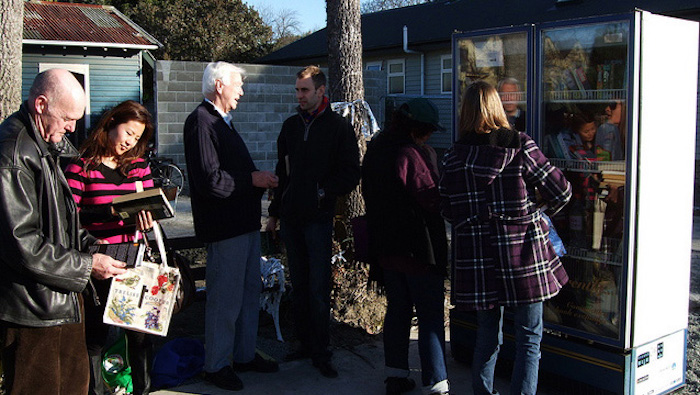 Sarah is a librarian who was instrumental in getting the Think Differently Book Exchange (AKA The Book Fridge) off the ground in 2011 in central Christchurch.

Can you tell us who you are, what you do and give us an interesting fact about yourself?

I’m Sarah Gallagher, I grew up on the east side of Christchurch, I’m a wife and mum, I now live in Dunedin. I’m a professional informationist working at the University of Otago as a Social Media Advisor. Interesting fact – I collect images of named student flats www.dunedinflatnames.co.nz

Can you explain why you got involved with the Think Differently Book Exchange project?

After the September earthquake, I heard about Gap Filler through a colleague at work. At the time they were looking for ideas to fill gaps around the city. I contacted Coralie about an idea to create a book exchange. I’d seen examples of old telephone boxes in U.K. Villages being turned into community libraries after their public libraries had been closed. Being a librarian at the time this had real appeal for me and I felt it would be meaningful to people.

What surprised you most about the Think Differently Book Exchange project?

How long it’s lasted! It was supposed to be temporary, up for only 3 months, but it’s still there after all these years! It’s survived all the elements, having been knocked over and snowed on. I believe the fridge was replaced [with a new one] in the last year or so. I was also surprised at the impact it had on the community and in the media – people love it. It’s featured in films, music videos, international news, books, articles, in Lonely Planet and Amanda Palmer tweeted her husband Neil Gaiman about it!

What have been the benefits of doing this project for you?

The benefit for me was doing something small but positive for my city before my family and I moved to Dunedin. Being involved in making the idea a reality and then stepping away to let it become whatever the community needed was very freeing. It’s been an important part of me getting through the other side of my earthquake experience. It is one of the most profound things I’ve ever been involved in.

Would you do anything differently next time?

I would have had solid shelves in the fridge. The books kept slipping through the gaps!

The cardboard cathedral, I think it’s sublime. I love the Margaret Mahy playground too.

If you could see anything happen in this city – what would it be?

That every person who is still waiting to have earthquake repairs attended to has it sorted by the end of this year.

Anything else you want to say to/about Gap Filler?

Don’t stop. You’re one of the best things that came from the quakes.

Huge thanks to Sarah for getting in touch with us and helping to bring one of our favourite projects to life! 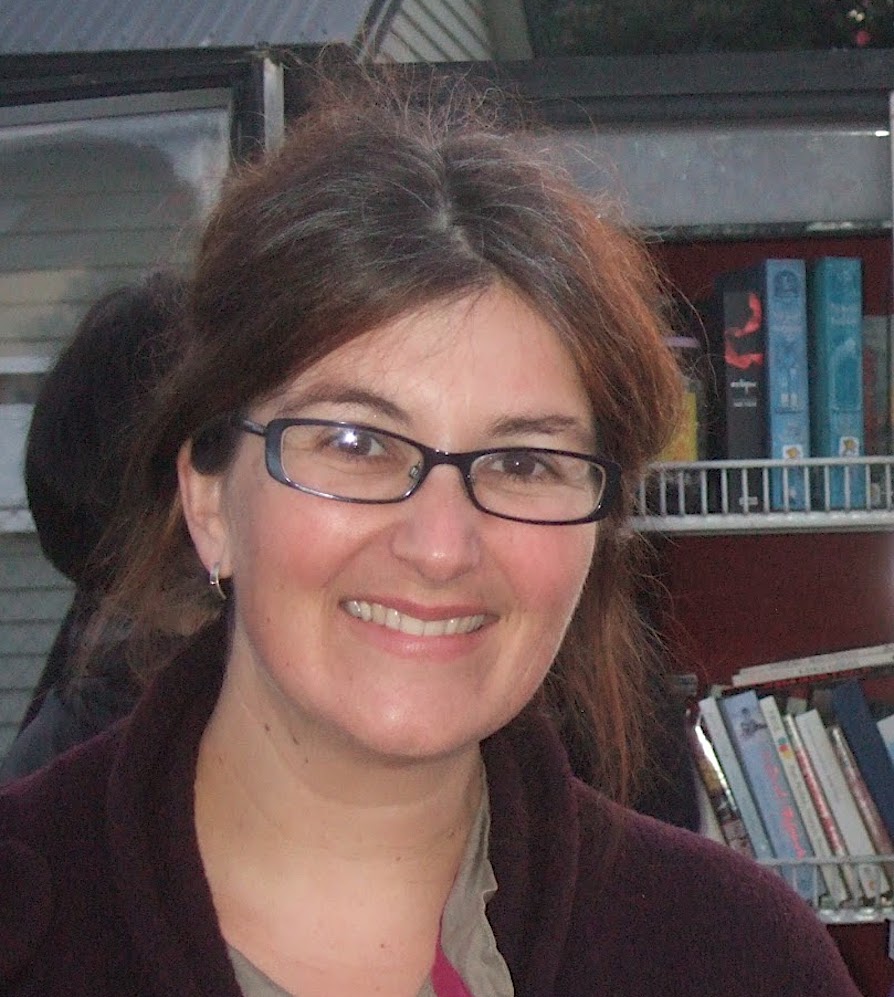