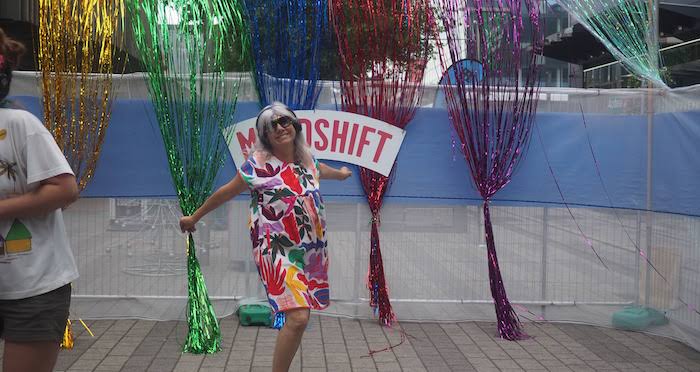 An event series in central Christchurch based on the 5-Ways to Wellbeing and aimed at shifting the mood of inner-city workers, encouraging them to take a micro-pause and participate in something fun. Ice-cream, colouring-in, meditation, music and a dance party brought life, colour and energy to the street across one week in December 2019.

Colour & mindfulness in the streets

Moodshift was a free, pop-up event series happening every workday lunchtime during the first week of December (2nd-6th) 2020, supported by the Christchurch City Council and All Right? This was our second Moodshift, with the first being done slightly differently – every Wednesday for the month of May earlier in 2019.

Each event was unique, and the public didn’t know the nature of it until they arrived at the event location. For this reason, use of social media was a key part of the Moodshift concept.

All Right? manager Sue Turner says taking a break from work and socialising is important for wellbeing.

The lunchtime activities were run between 12-2pm at Cashel Mall and people were encouraged to follow Gap Filler on Facebook or Instagram for clues in the lead-up to each event.

Each pop-up is designed to allow anyone to participate (at a range of levels of engagement and time), without requiring them to bring anything along. 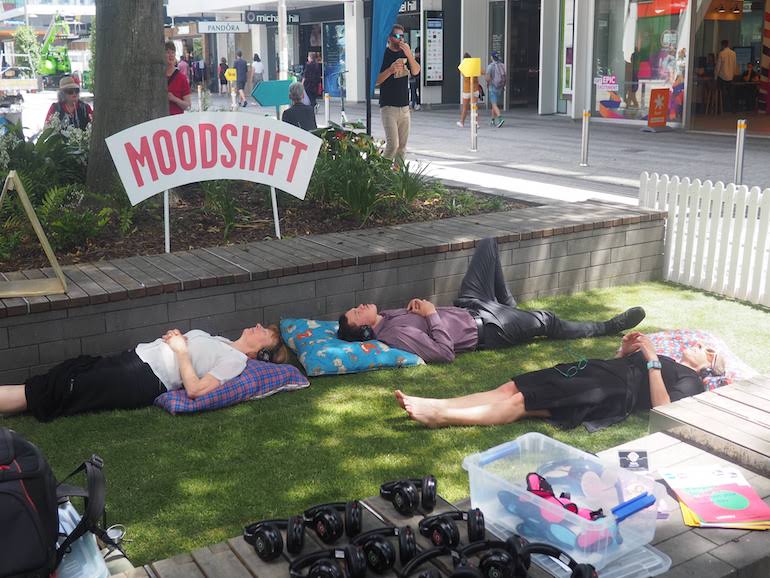 A week of fun!

Monday (GIVE) Local ice-cream heroes, Utopia Ice, set up their ice-cream stand in Cashel mall. The idea was the first in line would jump behind the counter and create a delicious ice-cream sundae for whomever was in the line behind them. Utopia donated the ice-cream to the project. Legends!

Tuesday (CONNECT) Giant colouring in with the aim of encouraging people to stop, have a change of pace and connect with other people at the table.

Wednesday (LEARN) A human music machine with Davey Backyard who made use of passers by, pots and pans and other items to make for an entertaining lunchtime session.

Thursday (TAKE NOTICE) Together with Readylawn, we created an oasis in Cashel Mall where people could stop, take their shoes off, feel the grass, and lie down for a spot of meditation at lunchtime. Complete with headphones for aural escapes, too.

Friday (STAY ACTIVE) A silent disco rave in the central city for co-workers. This lunchtime dance party had glitter, sparkles and more. It was fenced off from view so people could dance, dance, dance without feeling like they were performing! A fun way to party with co-workers in the sunshine.

The original Moodshift series in May of 2019 included gifting a sunflower to a stranger crossing the street (Give); squealing down a giant inflatable slide (Be Active); taking part in a larger-than-life game of eight-player table tennis (Keep Learning); watching someone dance along a “human music machine” (Take Notice); enjoying intergenerational connection with a cuppa and cake served by elderly residents inside an inflatable igloo (Connect). 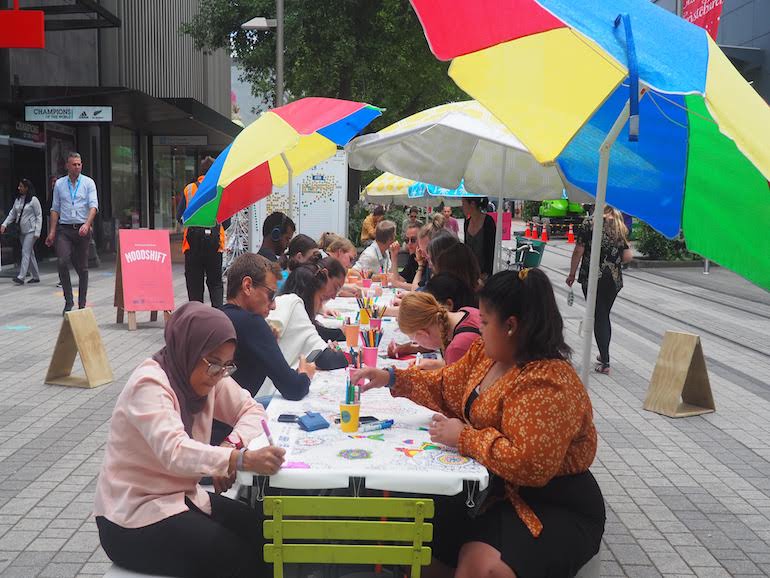 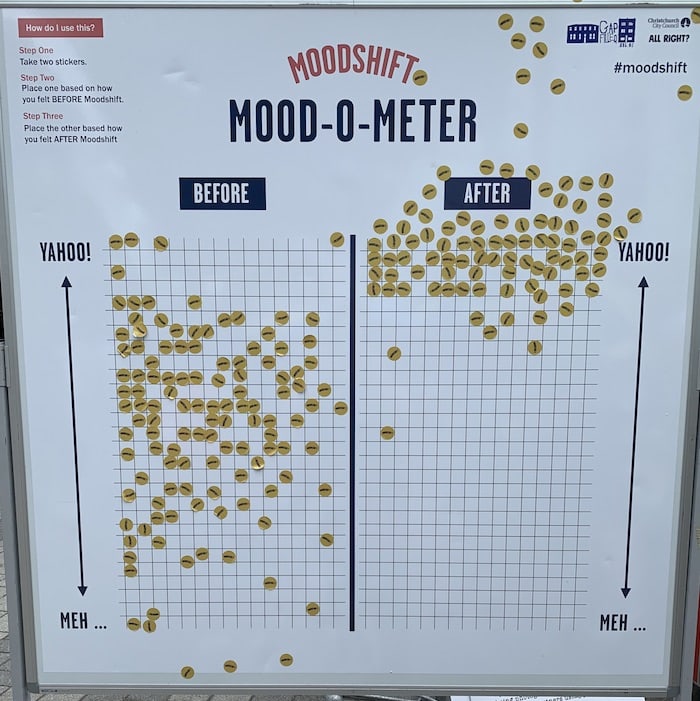 ” We know that taking small breaks is a really important way to recharge so you can be your best. Moodshift is all about making time to have a breather, have some fun, and interact with others. It was a welcome injection of fun!”