Enable the creatives, reap the benefits

A local journalist suggested to me a couple of weeks ago that one of the big lessons from post-quake Christchurch was that funding creatives after a disaster was a good idea. Did I agree? Unsurprisingly, yes I did.

As someone who was very active in the post-quake arts community and connected to visual artists, theatre-makers, dancers, musicians, makers and tinkerers, I saw and felt an initial sense of helplessness. How could we do anything? How could creative people have a genuine voice in the recovery?

Gap Filler began in November 2010, intending to be a two-week project to bring life to a vacant site on Colombo Street with all manner of creative responses and give a wide range of people the ability to contribute to their city. Now, 10 years on, we have created hundreds of Christchurch projects, and work all over New Zealand adding community-minded creativity to masterplans, streetscape developments and housing projects. Wherever we undertake our placemaking work, it’s helping to foster proactive citizens working together to shape their places.

One of the big lessons I took from the post-quake outpouring of creative endeavours was that energy creates energy. The cumulative impact of hundreds of small, creative gestures shifted Christchurch’s whole perception and identity, while the government response was primarily to enable property developers and undertake its own handful of grand gestures. I would argue that the impact of the former on the city’s identity has been as significant as the latter. 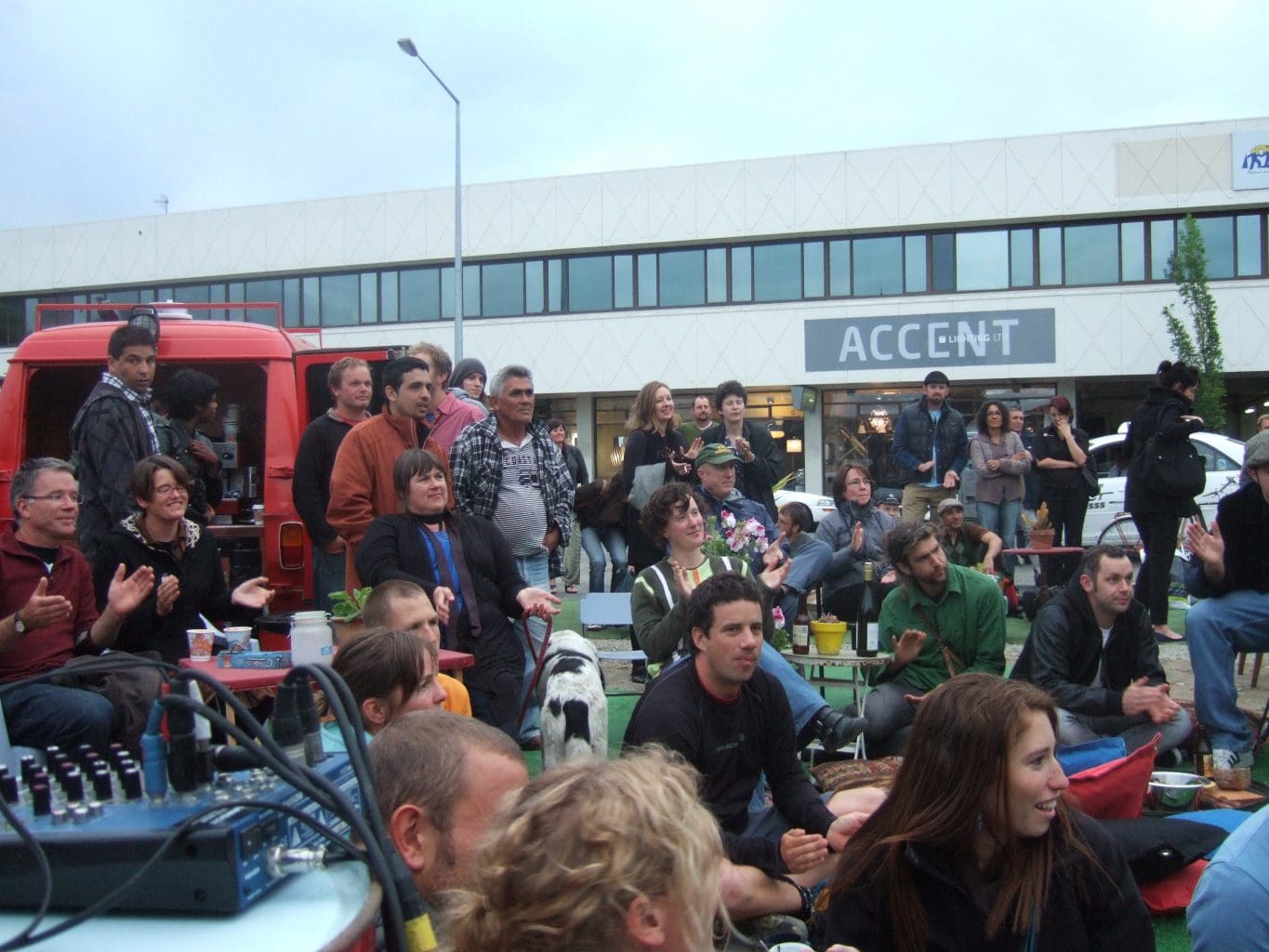 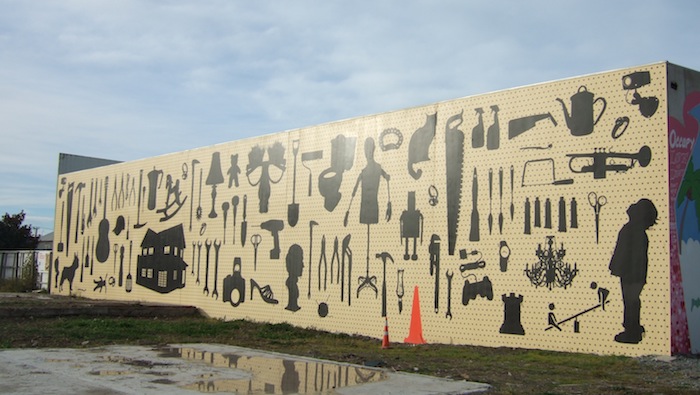 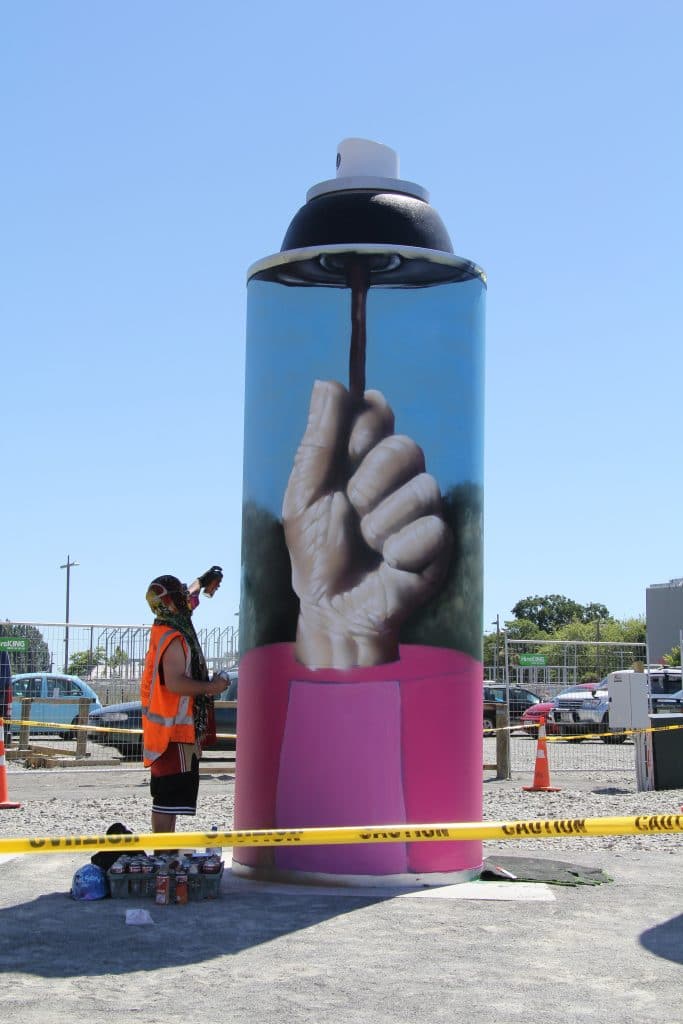 A range of responses to crisis

Some people respond to a crisis by seeing opportunity and taking action. And that’s for various reasons. For the city, for their community, for themselves and their own sense of control. A city that recognises this and supports and enables it will benefit.

I remember a conversation I had in 2012 with a wonderful human at the Christchurch City Council, where he said something like: “Let’s work to our strengths. You guys are the doers and should get on with it. And we should enable you, help with the red-tape and then get out the way.” CCC was instrumental in enabling all manner of creative activities post-quake. Creative New Zealand, the country’s major arts funder, responded by empowering their local grant advisors, giving them more discretion to apportion funding. They did away with the normal criteria and funding rounds to get funding out quickly to where it was needed.

Word about the supportive, creative environment got out. People were moving to Christchurch from other cities and overseas to be part of the creative community. It was exciting and energising. People were open to trying new ways of using space and of being in the city, and the legacy of those experiments persist. Agropolis Urban Farm popped up on the corner of High Street and Poplar Lane: a community garden right in the heart of the city. Cultivate Christchurch had its beginnings in Agropolis. It’s now a larger-scale social enterprise on Peterborough Street (and Halswell) that’s pioneering a new model of food growing and social work in action right in town.

Especially in times of disruption, creative people (and not just those that identify as ‘creatives’) have both ideas and the willingness to try something new. It’s this willingness and ability to give things a try that’s key. A city that values and supports these people by enabling them (including with funding) will reap the benefits longer term.

adn A decade on

Here we are, 10 years on from the quakes and in the midst of a global pandemic with our borders closed. What lessons from the Christchurch experience can be applied to our country as it grapples with the impacts of Covid-19?

A key lesson is that creative and adaptive thinking and a willingness to experiment is fundamental. But we sell our creative members of the community short if we only see the impact of the endeavours as limited to ‘the creative arts’.

I’d like to advocate for more recognition of the role creative people can and should play in city-making day-to-day, and especially in a crisis. Commissioning an artist to create a design for a sculpture or mural is a narrow view of what involving artists in the creation of the city could be. Sure, it’s something, but let’s involve creatives across all manner of processes. Let’s value the ways in which they think and let’s apply that to some of our thornier, bigger challenges like transport, housing or water quality.

This sort of change in attitude takes time, but it also requires leadership from some big players to model how it could be done. I think the impact of the creative flourish that happened in the post-quake years in Christchurch has shown how transformative that can be. The creative response to the disaster was rich, honest and an authentic expression of identity at that time. This response has lessons for cities everywhere.

Coralie is one of three Gap Filler co-founders and currently our Development Lead. She is also a mum of two little ones and has her own ceramics business where she makes and teaches pottery. 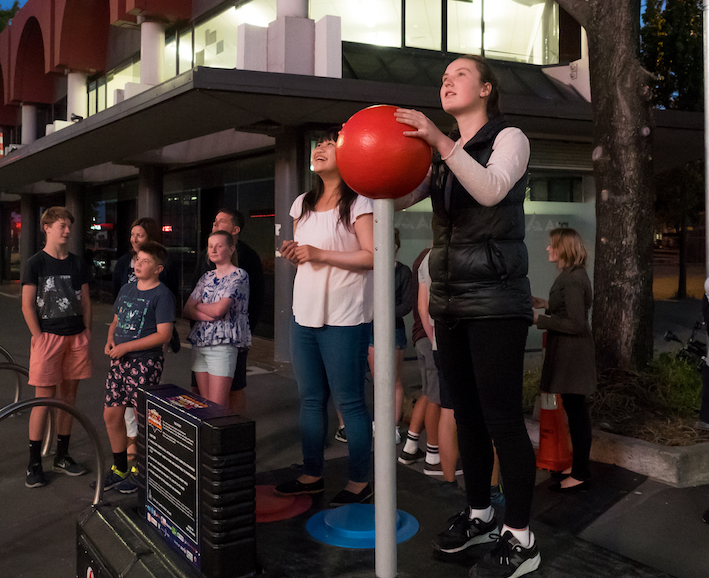