The Dance-O-Mat is a coin operated dance floor that anyone can use. A coin-operated ex-laundromat washing machine powers four speakers which surround a custom-made, sprung dance floor. The idea for the Dance-O-Mat was born at a cafe with a laundromat our the front. Laundromat… Dance-O-Mat.

To use the Dance-O-Mat, plug in any device with a headphone jack or use Bluetooth to connect to the converted washing machine, insert $2 to activate the power and get dancing! $2 gets you 30 minutes of lighting and sound.

Gap Filler created this project to respond to the lack of spaces for dance post-quake and bring people, life and energy back to the central city. Thousands of people have used the Dance-O-Mat, even Prince Charles and Camilla in November 2012 on their Royal Jubilee tour. And the King of the Netherlands. With dancing ranging from salsa to flamenco, break dance, swing, ceroc, belly dancing, random all-ages discos and the SUPERHERO DANCE SQUAD, Dance-O-Mat has brought many smiles to people’s faces, right up against the red zone and beyond. Local choreographers, social dance groups and teachers also use the floor to work out in the open with their students first due to necessity and later, just for the fun of it.

The Dance-O-Mat was first located on a vacant site (a former car rental place) on St Asaph Street in 2012 and has occupied three different gaps in the city since then. This project in its first iteration was extremely successful, getting 600 hours of use at our best guess (based on the $2 coins collected) across 3 months. It currently lives on the vacant site on the corner of Gloucester and Colombo Street. There are wonderful views to be had of the Dance-O-Mat from Tūranga, Christchurch’s amazing new public library.

A Dance-O-Mat for your City?

Volunteers: So many over the years. Thank you! 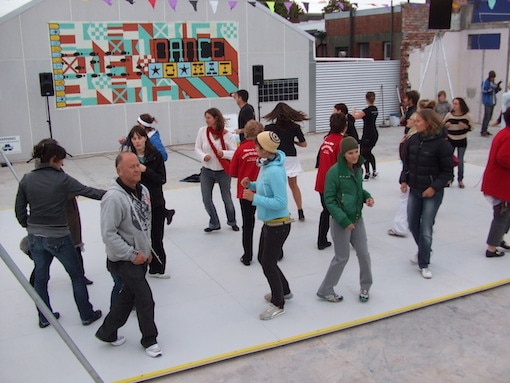 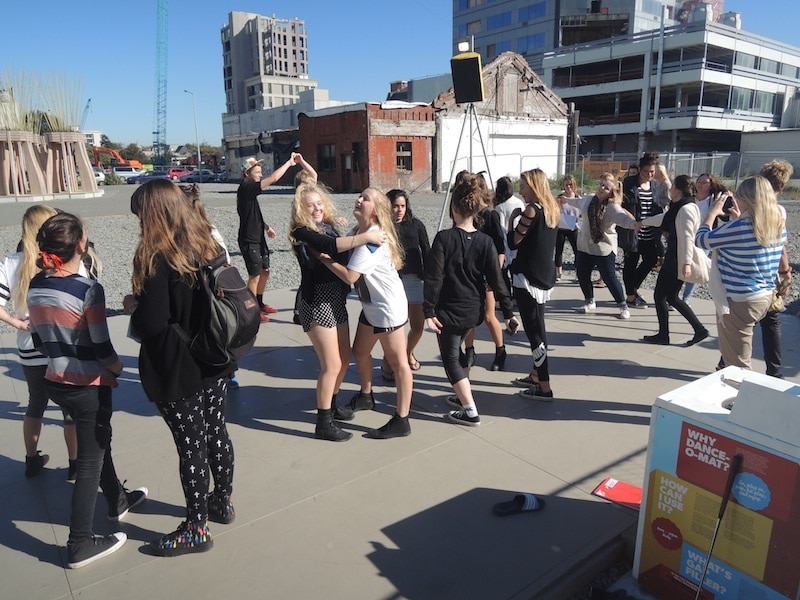 Dancing in Public – reflections and lessons

This has been one of our most successful projects to date because of how many different people have used it. From random passers-by to organised dance groups, flamenco, break dance, parties and the Superhero Dance Squad it’s been an adaptable and well-utilised project. And it really seemed to tap into a need not only for a space for dancers but a space to have fun and gather in the city. It is accessible, very simple and encourages people to ‘play’ in the city. A few people warned us early on that they didn’t think Kiwis would dance in public and expressed concerns that it wouldn’t see much use. Dance-O-Mat has certainly proved them wrong, or rather, us Kiwis (and more) have proved them wrong!

Dance-O-Mat is an amenity. And it only comes to life when people use it. Dance-O-Mat can be a breakdance space, a venue for a party, a rehearsal room and more. It is flexible and accessible. It creates a spectacle in the part of the city where it is located. It is something people stop to observe and in some cases, join in with.

Troubleshooting
Dance-O-Mat was been vandalised a few times – the first instance only 3 days after it opened when the lid to the money collection compartment was crow-barred off and the timer device ripped out to access the money inside. We guess they got about $16. It was welded back on by F3 Design promptly. The wall behind the floor was tagged, as was the blackboard. And more than a few times, possibly 20 times now, the headphone jack was broken or the cord cut. Design modifications were made to stop this happening. Maintenance has been ongoing with this project but it’s not onerous on the whole. The floor has has its moments with dirt or spilled sticky drinks and needed cleaning. And it has had a couple of paint jobs in its time. A gloss paint night be better next time to make it easier to clean, or perhaps a polyeurethane of some sort. Due to a lot of use, the edges have become a bit chipped or damaged in places. And, of course as expected, we’ve often had to pick up empty bottles and cans from around the floor. The original speakers have lasted 8 years due to being enclosed in speaker boxes and therefore kept dry.

We also have had to manage noise levels over time depending on where the project has been located, working with the City Council and neighbours on this issue each time. 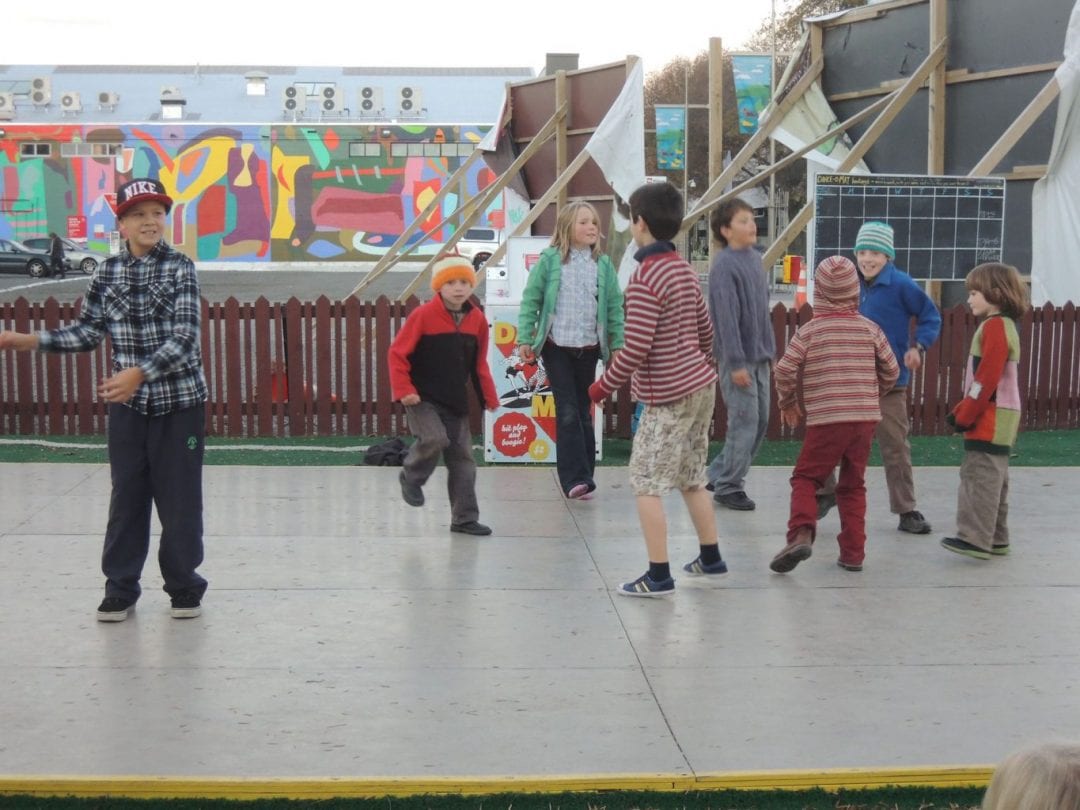 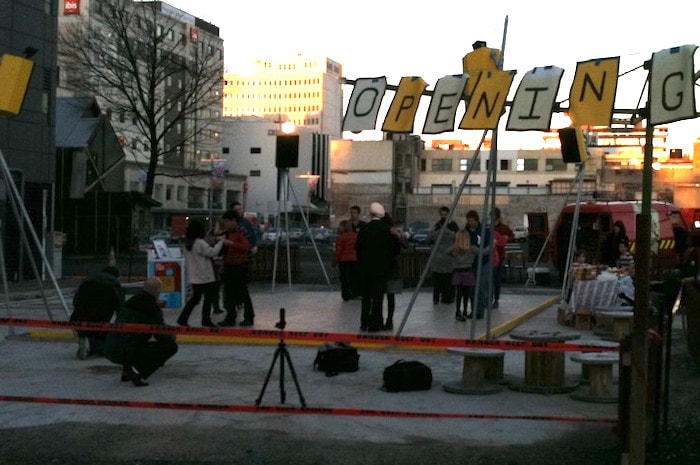 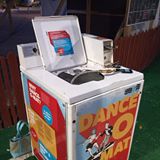 All the usual stuff that you see on Facebook. Such a lovely day-by-day history.

F3 Design: ‘The concept reflected the loss of many local dance studios and performance spaces and by the ensuing…’ 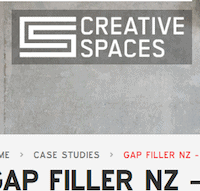 Stuff says ‘Christchurch is the city that dances’.