The tables had their first public outing near the Bridge of Remembrance and Re:Start as part of Gap Filler’s Ping Pong project which saw three concrete ping pong tables made available for public use in the Summer and Autumn of 2017.

Of the three tables, one was re-located to the Youth Hub (corner of Manchester and Lichfield Streets), with the other two being purchased by the Christchurch International Airport to help liven up its outdoor area and add to its visitor experiences.

The ping pong tables were created by local company C. Lund & Son as part of Gap Filler’s Diverscity: Community Showcase Project which aims to raise the visibility of some of Christchurch’s migrant communities. In this case, the Chinese Cultural Association collaborated on the project by bringing the idea of publicly accessible ping pong to fruition with Gap Filler. The tables received a great deal of use by locals, workers and tourists alike over the five months they were in place

“We’re pleased the ping pong tables are still able to be used by the public” says Damian Doyle, Gap Filler Project Developer. “The airport team is keen to make their public spaces friendlier and active, and we certainly have seen how this can happen. It’s also a cool evolution of the project, given the connections with the Chinese community and the role our airport plays in connecting us to the world.”

“We loved seeing the life Gap Filler’s Ping Pong project brought to the area near Re:START and the Bridge of Remembrance” says Justin Watson, Chief Aeronautical and Commercial Officer at Christchurch International Airport. “We believe the tables will continue to do the same out here. We always want to improve our visitors’ experiences and help make the airport feel like a welcoming and friendly place. We also like the idea of showcasing some of the creative projects, such as those by Gap Filler going on in Christchurch city, to our millions of visitors.”

For the duration of the Ping Pong project in the city, Gap Filler kept a purpose-built shelf under the tables stocked with bats and balls, as well as having a local business (Cosmic Corner and Coffee Therapy) provide sets for borrowing. “Having the bats and balls with the tables was key to them being well-used and it’s great that having the tables somewhere like the airport will allow this to continue,” says Doyle.

The ping pong tables were installed on Tuesday, 26 September 2017, at the airport and are free to play, 24 hours a day. 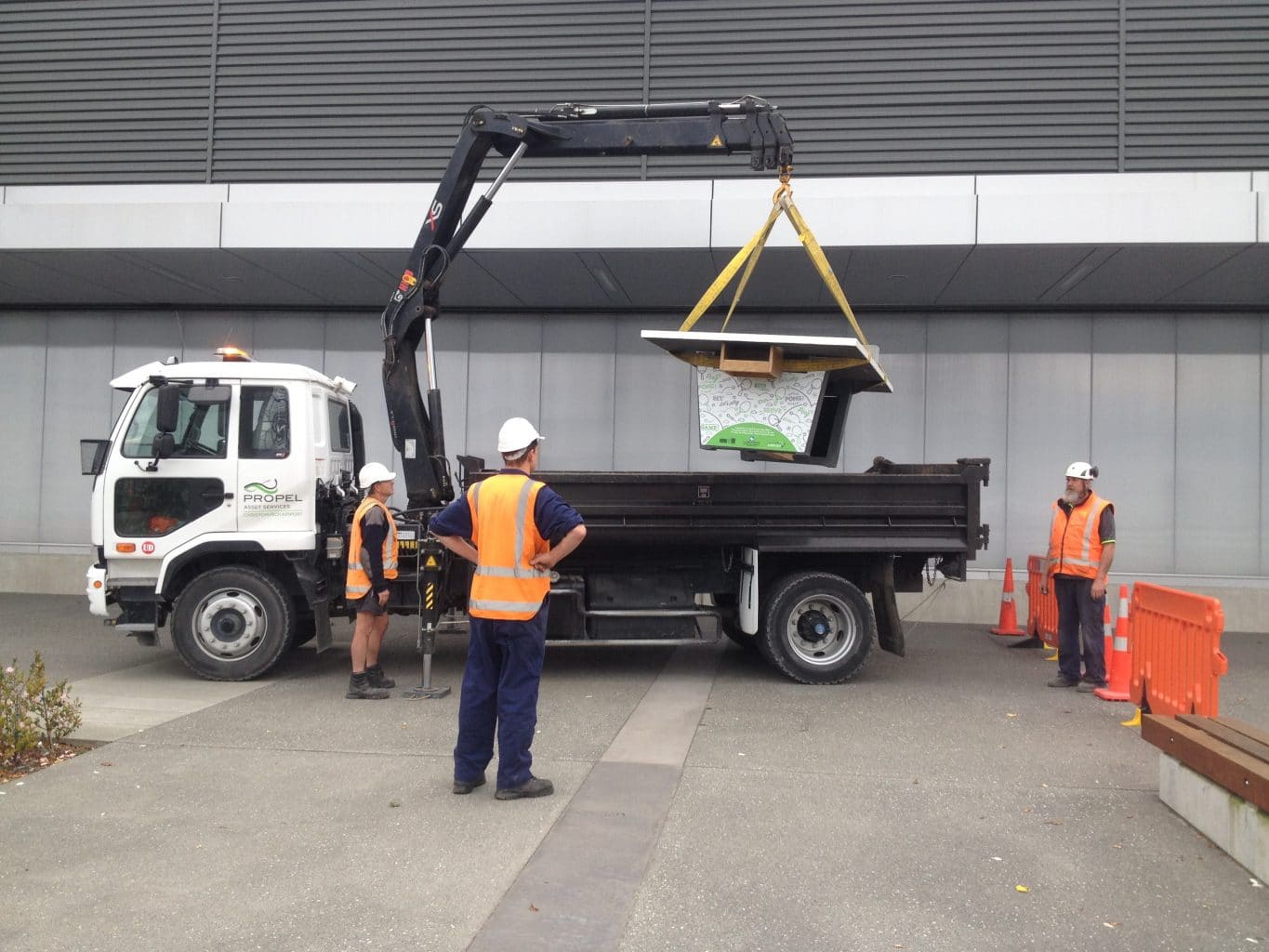 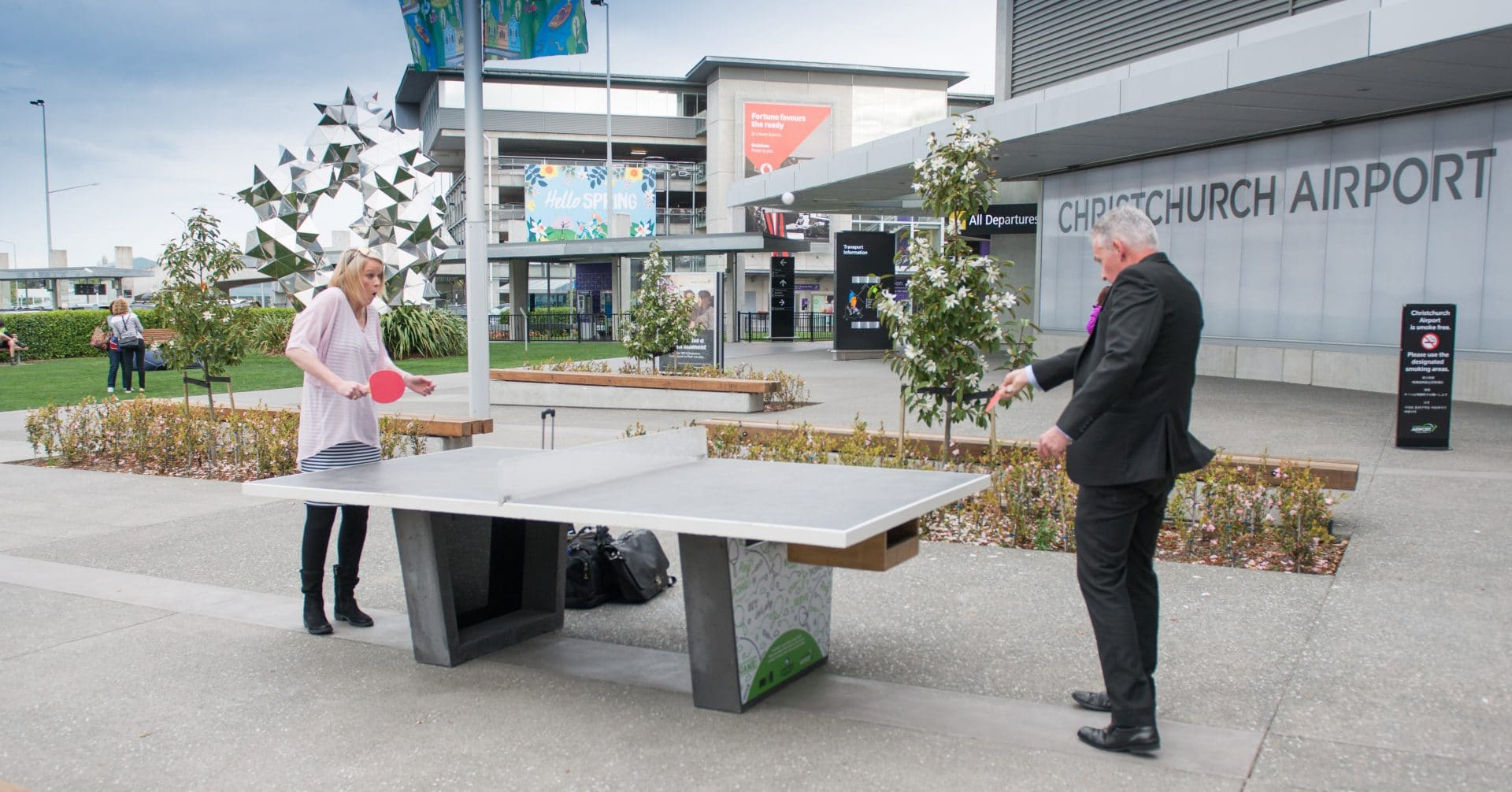