On September 7 2017, students who had been working on arcade games for Super Street Arcade got the chance to test them on the actual public Super Street Arcade system. Game developers from CerebralFix and members of the Gap Filler team were on site to give feedback.

Year 12 and 13 digital technology students from Papanui, Lincoln and Burnside High Schools had been developing these games as part of their school studies and this year since March 2017. This was part of our Learning Experiences Outside the Classroomprogramnme. Students gained NCEA credits for their work.

The students seemed pretty chuffed to give their games a go on the large screen and console and found playing it in this way rather different from a desktop mode of play. They all took away changes and tweaks they needed, to make to their game more playable. So, in this way, it was a really valuable experience to test the games.

After testing, the students had two weeks to refine their games, tweak and fix before the playable games were available for public game play on the Super Street Arcade system across October 2017and during the school holidays. Favourite games were granted more big screen time. 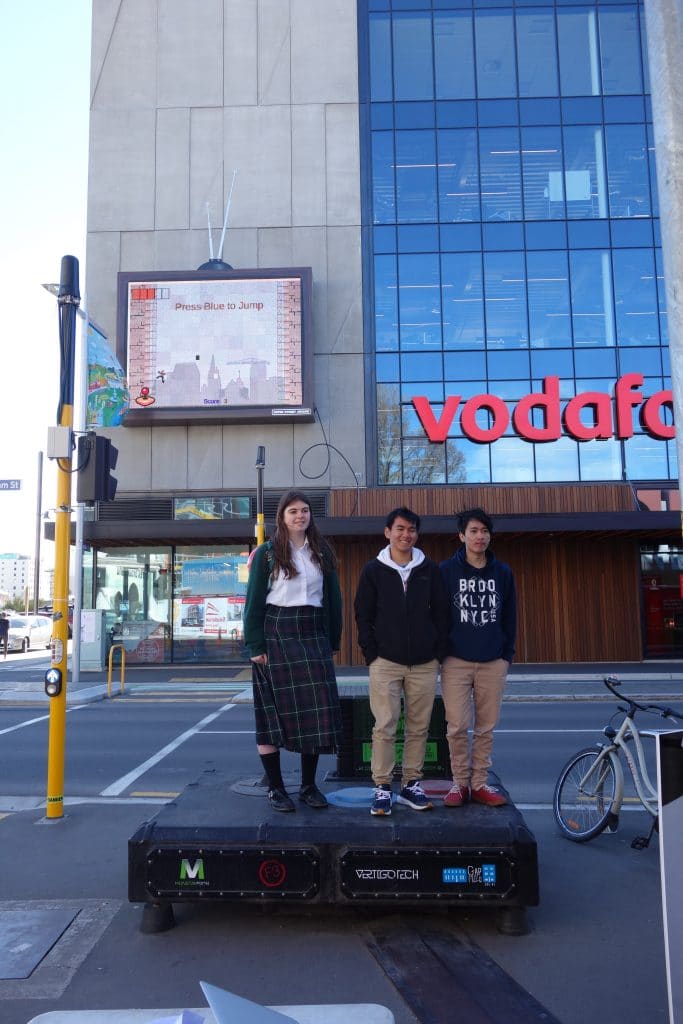 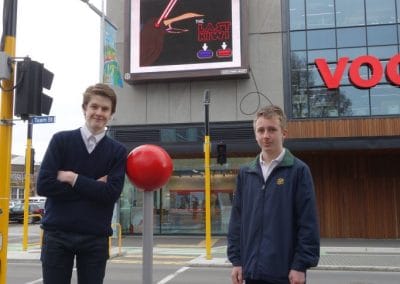 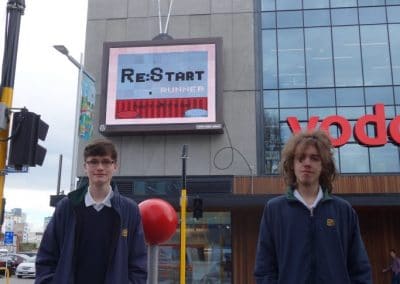 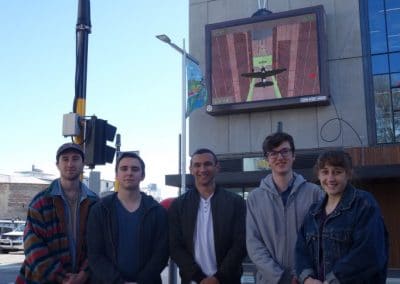