Funnily enough it was hot again today and my voice is getting better. I sound a bit croaky now, rather than hoarse/pained.

First thing, we headed to the Watts Tower and Watts Housing project in East LA – a traditionally mixed area full of African Americans, Latinos, Polish and more. An Italian immigrant called Simon Rosario built the Tower over 30 years. Obsessively. Eery day and night. People from the very poor neighbourhood brought him glass, metal and crockery to use. The Towers have been through stages – the LA City wanted them torn down in the 50s as they feared them unsafe. Apparently the Towers were so difficult to pull down, they stopped trying and declared them safe. During the Watts riots in the 60s that were started by a police beating of a black 20 year old, they became a meeting point and focal point for the neighbourhood.

They’re now a tourist attraction, but the street is just a normal street; the houses are small often run down. It’s a poor area. The Towers that Simon built were in his backyard (now State owned land). The Watts Housing project that we visited brings artists into the area for residencies. The artists then work with the locals on beautifying their houses to make the whole Street part of what visitors look at, not just the Towers.  Often architects and designers are involved too as the local residents have issues. Eg. too many occupants in a house and no storage space. So the architects help design and get a space built. But it gets tricky. LA has lots of ordinances and building regulations (sound familiar?). LA is prone to quakes, too remember. So the architects might do the work, but then the non-profit Watts Housing Project find themselves with a bill of $30 000 rather than $10 000. And so on.

There are lots of issues that we chatted about. What about gentrification? Or maintenance? How do they manage expectations of the local residents or jealousies? This is a living breathing community. What about dealing with the city? Will is an ex-local government worker and knows the system. He tells us that so often they want a return on investment, or they have a very low regard for artists and don’t know how to work with them. Art in the US is something that is in a gallery or something you can buy. It has value. How does an artist whose practice is very much about social engagement, social change and development about to be valued or given a value? Tricksy…

Firstly the Watts Housing Project folks we met – Trinidad and Will – have their office in a house on the Street. So they’re right there. They have regular neighbourhood meetings to keep communication flowing. They’ve recently been given some software that enabled them to show the residents what a proposed architectural change to their house would look like in real terms. They try to focus mostly on front yards, fences and the outside of houses as a result of getting ‘burned’ by the bigger, architectural interventions and their big costs. To prevent someone whose house is suddenly a whole lot nicer, or has a work by a semi-famous artist in it/on from it being sold (ie gentrification) they have a deal with locals that if they sell their house, they give the extra money between the value when the work was done and the sale price back to Watts Project. It hasn’t happened yet though… These people have taken on too much, been burnt and learned a great deal. They seem very aware of many of the issues or challenges the work they are doing poses for the locals.

Skype chat with Matt from Walk [Your City] – I don’t have time to write much, but basically this is super. Matt’s project started on Raleigh, North Carolina. It’s an online platform where people can create street signs/way finders for walkers in their city and put them up around the place. Eg: It’s about 5 minutes on foot from here to the museum. You can go to his site, create the sign and he’ll send it to you! Cool! I think we’re going to do some of our own later this week, so I may be able to revisit this.

Ok, so you’ve seen Grease where they race the cars in this weird concrete place? Or Terminator Two where Arnie drives the semi trailer cabin and tries to smash up T1000? Well, this is the LA River. The river’s banks were concreted in the 1930s after a massive flood caused huge damage. Well, nature has been making a come back with a huge amount of help from local people. This Summer has been the first in 8 years that people have paddled down the river thanks to massive effort by local people to get it happening.

There is a stretch where it’s deep enough to paddle. There are cranes, geese and other native birds. It was heaps of fun, even some low-key rapids in places. It was mostly rather shallow and we got stuck on rocks from time to time having to wiggle/paddle/push our way off. Our guides were locals and talked to us about their kayaking project and placemaking project respectively. The LA River’s regeneration has become a big topic in the city as many, many people have no idea it even has water in it! It’s a forgotten, neglected space. There was a nice bike path all along it that  we rode along to get to our kayaks in the early afternoon. Commuting by bike can be faster than car as the traffic is so bad. But many locals just don’t know about it. Some people don’t even believe it’s possible!  That said, it was well used today. We had a really enjoyable time, throughly tired ourselves out and marvelled at the strangeness of kayaking amongst native plants, with the sound of hundreds of cars whizzing by on the massive freeways in the background.

Dinner was at THANK YOU FOR COMING, an artist project. They have a restaurant that each month has a different artist in residence who cooks/creates meals with a team of other volunteer cooks to serve to the public. This month the artist (his name escapes me) explored the concept of a last meal granted to a Death Row prisoner. How very USA you say. Yes. So the menu (see photo) had various dishes that had in fact been eaten by prisoners in their final hours. I was unable to eat for the first few minutes (then I managed, don’t you worry, it’s still me we’re talking about here) as I contemplated what this was all about. The food ranged from Cheetos to to pizza to fruit to fries to strawberries and cream.

I had lots of questions around the pragmatics of how this restaurant works as it is open to the public who know nothing of the art project, but I didn’t get to ask them. People at the dinner, as well as the artists say that sometimes people don’t really ‘get it’ or don’t feel satisfied with the experience as it can be rather challenging depending on who is there. It’s challenging the notion of what kind of experience one can have at a restaurant. And it mashes together art and food, which is something I’m interested in.

Bruce is an ex-banker from Cape Town. He went to university in New York and when there learned a great deal about the impact that the practice of naming neighbourhoods has on people’s identity. Think: SoHo, Queens, Greenwich Village etc.

As a result of apartheid and the far-reaching damage it caused, in Cape Town, parts of the city have no name. In fact, in some places today they are still referred to as NY3 which actually means Native Yard 3, to refer to old segregation practices. Horrible but true. Bruce started NAME YOUR HOOD, a project that gets people to suggest names for their neighbourhoods and the most popular wins. They produce maps too. This project has brought people together, given people a sense of pride in their area, engaged them and given them a new identity to coalesce around. They’ve been really successful and get asked to assist their local tourism body and government, but still have to struggle to keep going and make the project self sustainable. So Bruce is working on that. 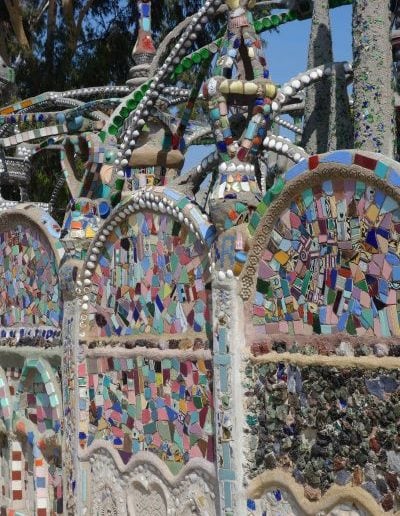 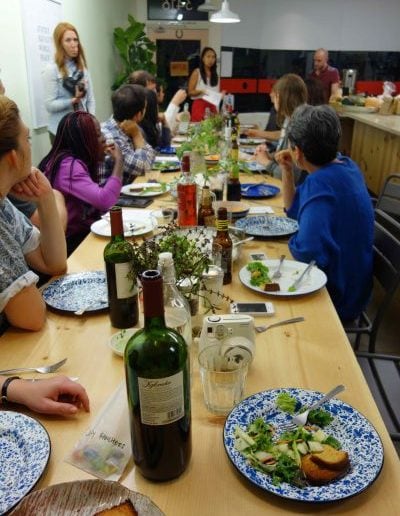 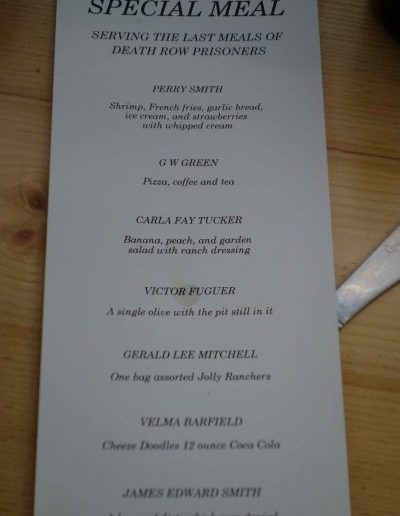